An important company goal is to create mobile video ads that are engaging, interactive and convert better (measured in app downloads or website views). A key effort to increase conversion is designing new types of ads that interact with consumers in different ways.Every quarter I work with a team of creative production designers, product managers and engineers and we come up with new ad formats that can be tested on our network to help lift conversion rates.

The sales funnel is broken across the mobile ad industry. It cost $67 for an advertiser to acquire a user because most users can’t remember the ads they have seen, the ad that is served to them is not relevant and finally most ads take you out of the app experience, which lead to many users dropping off.In addition to poor conversion rates, we noticed that our non-gaming advertisers performed poorly across the network compared to our gaming advertisers. Our publisher base was mostly gaming so gaming ads matched well with their users. However, this was not the case for our non-gaming advertisers and a result many ad campaigns had lower conversion rates.

Operating under technical restraints and time limitations we wanted to create an ad unit for a non-gaming advertiser that would compete with gaming ads on every publisher/app on the network.

We targeted clients in 3 different categories – Media ( HBO GO, Mix Radio), Self Expression ( Colorfy and Smule) and Coupons and Discounts ( Groupon & Ibotta). We interviewed our audience in each category with the help of the business development team to identify which partners would benefit from the new ad unit.

Next we created user journeys for where, when and what kind of ad would play for each category. For example, if our publisher app was Spotify, the ideal user flow would be to show the user an ad of a concert or album release related to their interests in the app that they could save on their phone or purchase easily. 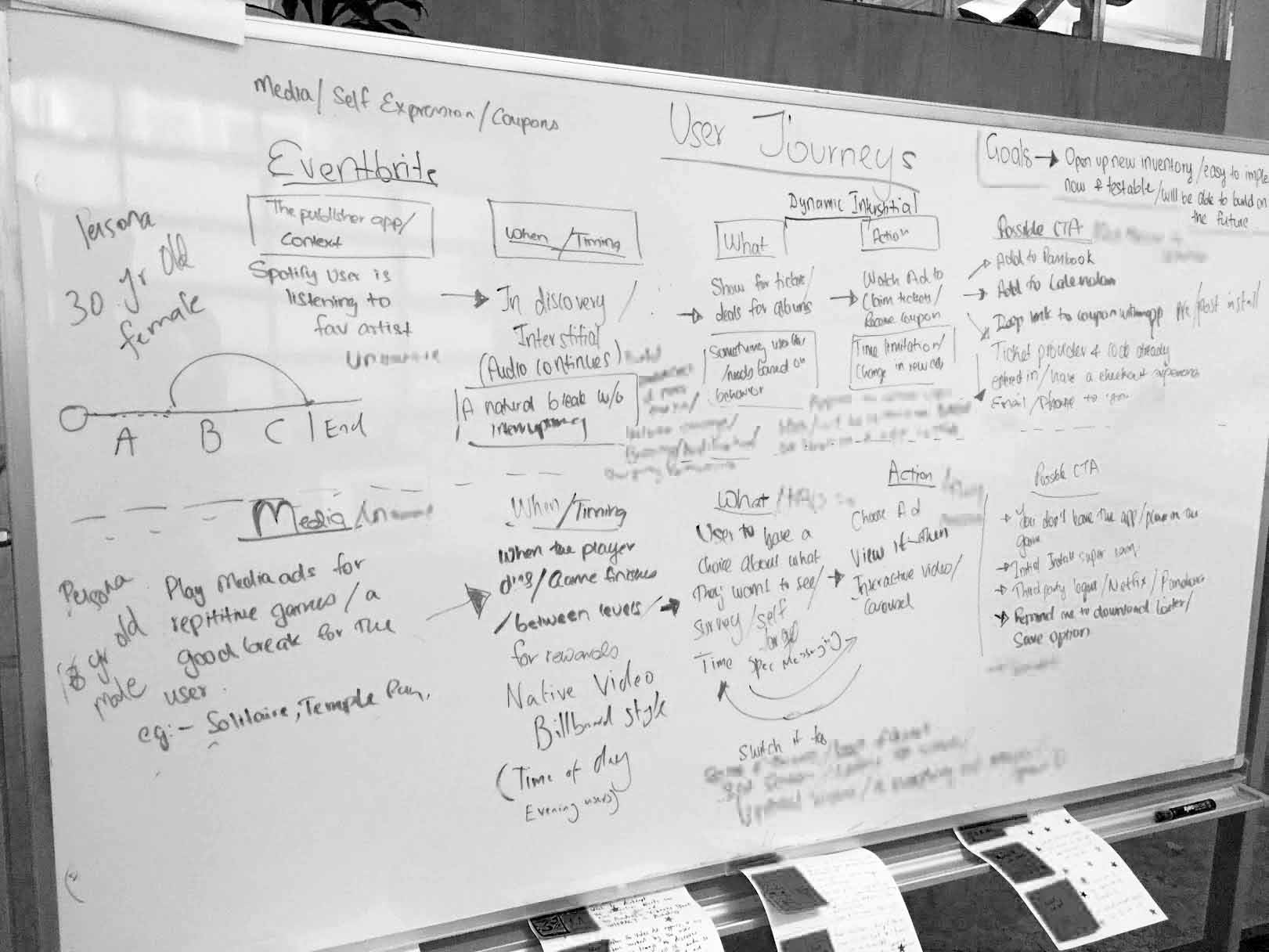 Below are some examples of the different ad units we explored. The first was an ad unit that used a tinder style mechanism to get the user to chose which ad they liked/didn’t like. Second, an “add to calendar” call to action that would allow users to save an event without leaving the app experience. Thirdly an ad unit that used 3D elements that the user could could customize by adjusting the product colors and move it 360 degrees to view the entire product. 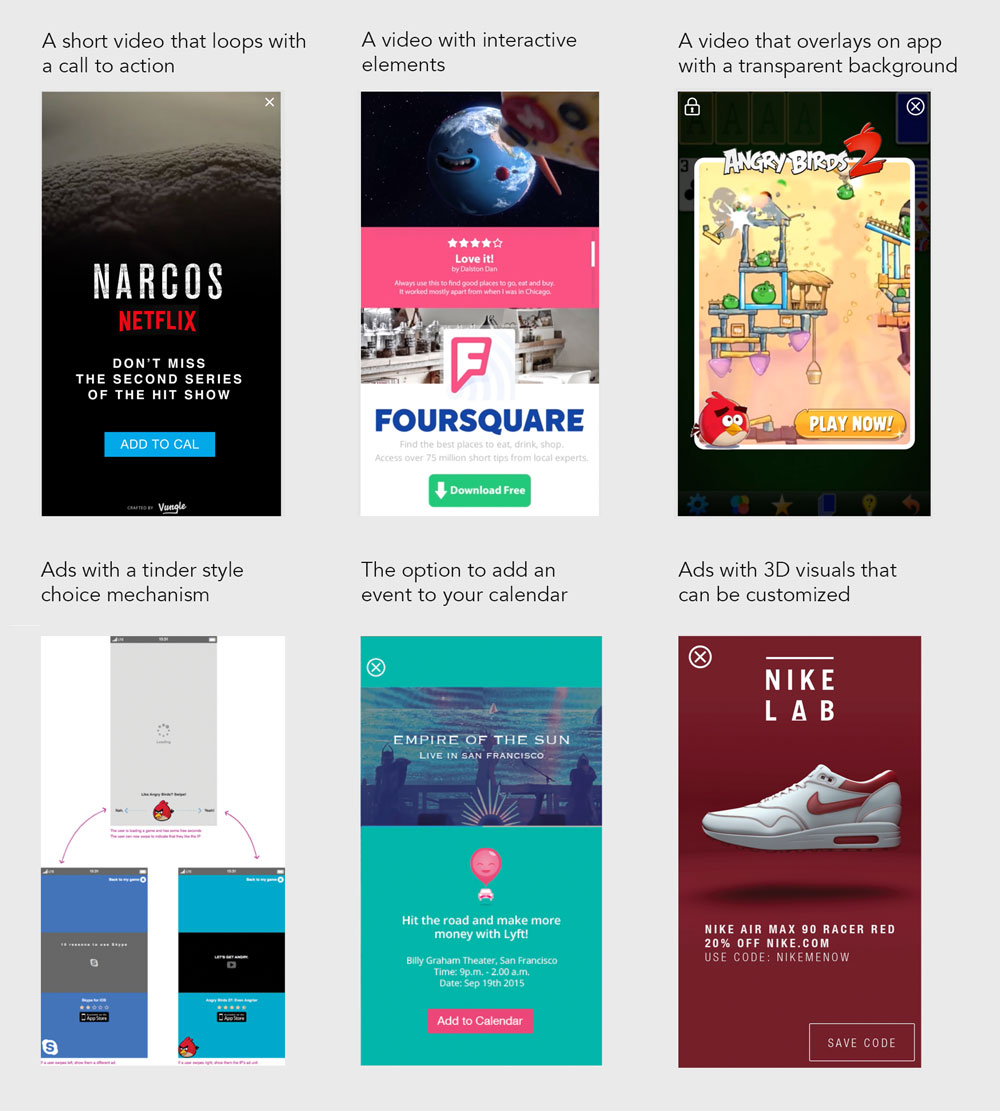 Our network could only serve one video from an advertiser to the user at a time, so the advertise had only one shot to convert the user. As non-gaming advertisers struggled to serve relevant content to their users we decided to build an ad unit that took different types of content from the advertiser and allowed the user to choose which ad experience they wanted to see. The ad unit was also designed to be vertical to open up vertical video inventory on our network as vertical video in portrait apps were shown to perform 9x better (Snapchat). 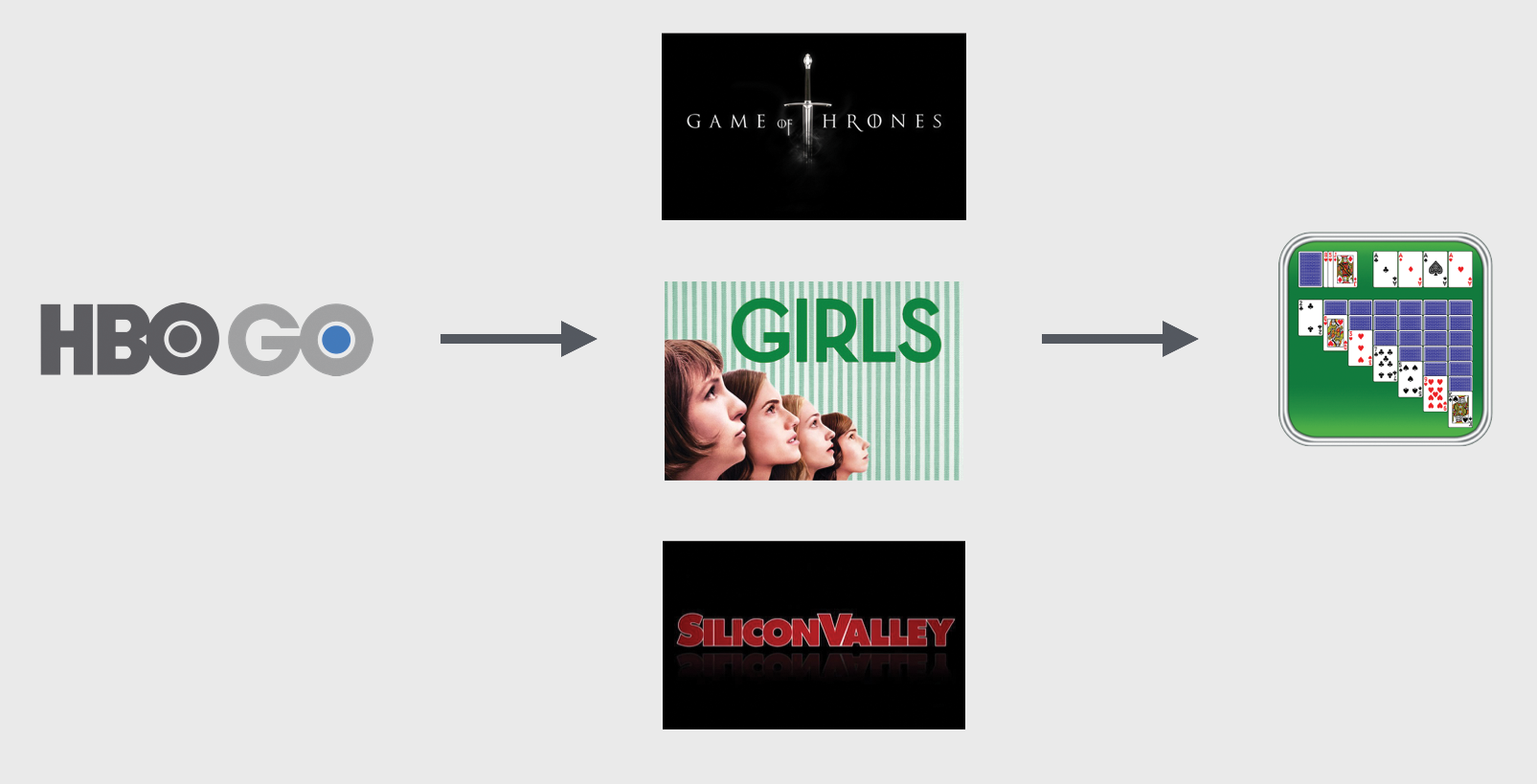 Next we designed the flow of the ad unit. The first step would show the user two different pieces of content they could choose. If they did not select either, one of the videos would play by default.

Below the demo of the final design that we prototyped and presented to our clients. It was received very positively and a beta version will be rolled out across our network to test it’s performance.

Sometimes the ad units we design are very successful, sometimes they are not. I learned that following the above design process allowed us to revisit the problem with a fresh perspective and come up with many ideas and prototypes to the problem.  As a result we can keep innovating and can test at scale which ideas work/ do not work, fail quickly and keep iterating. Overall the interactive ad units that we have designed have lifted conversion rates by 20% for our top clients.

Back to all projects